I had the idea to get a shot of a hockey puck on the ice while at my son’s practice Saturday morning.? A few people thought I was rather odd for practically laying down on the ice to take pictures of a puck.? I’m not sure the shots captured texture, but they are cool shots.? I like the subtlety of the snow on the ice.? It would have been better had you been able to see the chewed up nature of the particular puck I was shooting.

The first is basically off the camera with a slight vignette added.? The second is actually an HDR photo.? I did cheat to create the photo though.? It wasn’t shot in RAW and I only got one shot.? I had to fake bracket it to get the HDR.? But the HDR look is much better than the original. 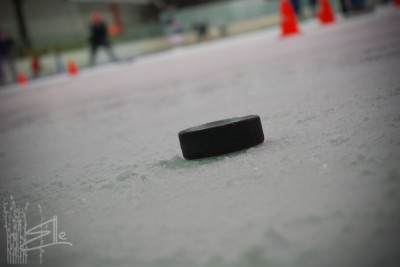 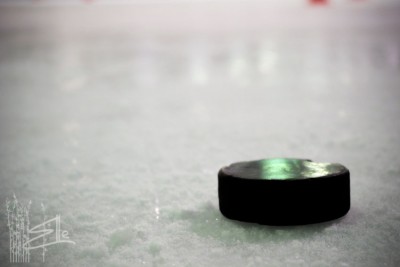 I think the first one would have to be my favorite.? You can really see the snow that builds up on the ice, but still get a sense that it really is ice under that fluffy white layer.