Three years ago yesterday we received this email:

Your case scheduled on September 4!!!

Three years ago yesterday we learned that we had 10 days to prepare to become parents. ?Sure, we’d been preparing for 2 years, but after waiting 14 months with false hope we were skeptical that parenthood was ever in the cards for us. ?I remember waking up three years ago and saying, “wow, in two weeks our lives are going to change forever.” ?And they did.

Thirteen years ago today I married my the trusty husband. ?We were just babies. ?I was 20 and he was 21. ?I don’t suggest anyone ever get married that young. ?Somehow we made it work.

In the past 13 years we have moved 11 times, lived in 3 different states, graduated from college, held countless jobs, travelled around the West Coast and adopted a beautiful son from Russia. ?We’ve laughed and cried. ?We’ve never given up.

Derek is my best friend. ?I know that sounds rather cliche, but when I think about who I would like to spend most of my time with it is him. ?I miss him every day when he goes to work. ?I smile every night when he comes home. ?I can’t sleep when he’s on business trips. ?I love him so.

Had I known what life was going to have in store for us when I married him I would do it a thousand times over. ?It has been the best 13 years of my life. 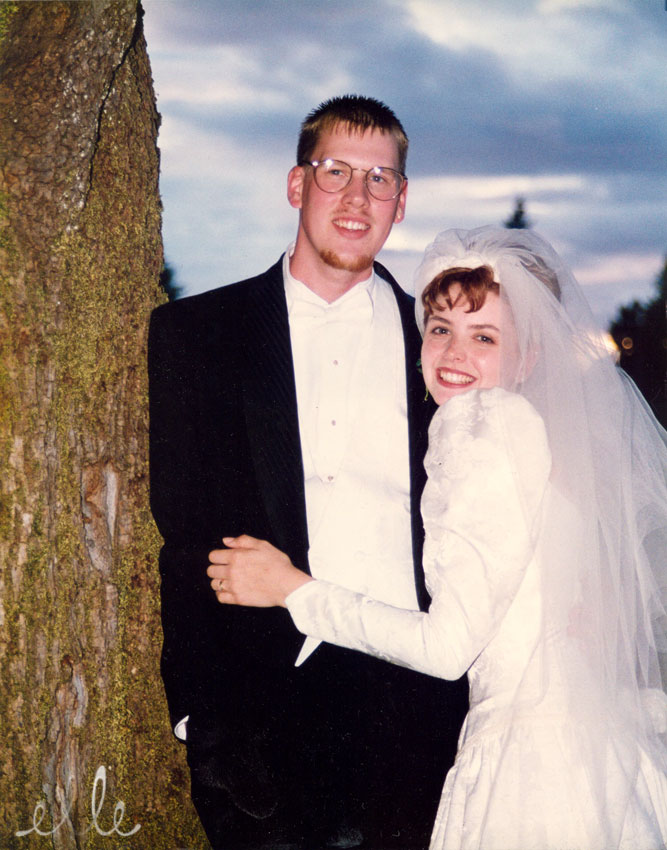 We had the worst photos in the history of wedding photos. ?They were taken by the church janitor. ?Hey, he was inexpensive what can I say.

This is my anniversary gift. ?It’s one of the best gifts he’s ever given me.