I thought burgers on the grill sounded good for dinner. ?I momentarily forgot that our grill was out of commission. ?You see, the other week I was making pizza and noticed an unusually large flame under the grill plates. ?The trusty husband mentioned that he also saw a larger than usual (orange) flame. ?Odd… gas grills are supposed to have small blue flames.

Last week the trusty husband took the grills and grill plates off of the burners only to notice this. 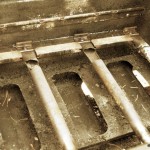 Yep, that there is holes in the burners. ?Don’t believe me? ?Take a closer look. 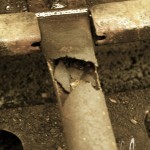 He tried like a mofo to loosen the screws that held the burners on in the hopes that we might be able to replace the burners. ?This grill will not be defeated. ?He gave up in defeat only to search the internets to find out that Perfect Flame gas grills (available from Lowes*) are known for this. ?That and spontaneous combustion**.

With renewed determination we both gave burner removal a shot. ?Let’s just say that if we weren’t infertile to begin with (and further sterilized by the multitude of metal detectors we passed through in Russia) we would surely be unable to procreate after inhaling more than our fair share of WD-40. ?We sprayed and scrubed, sprayed and chiseled, sprayed and said many a bad word to get those damn burner screws out. ?No luck.

The next step was to disassemble the thing in the hopes that if we could wiggle the burners back and forth it might loosen the screws up to get the burners off. ?our grill ended up looking like this. 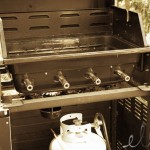 And then there was some over here. 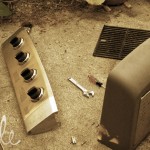 One person mentioned that they had to drill the screws out. ?That seemed to work for one of the burners, but the others are stubborn and will NOT come out.

Here’s the part where I get really bitchy.

This grill was purchased 3 years ago. ?It was a joint gift for the trusty husband from his parents and me for his first Father’s Day. ?It was the first gas grill we’ve ever owned and we really liked it. ?It is the right size, it makes 2 pizzas at a time. ?We’ve slow roasted ribs on it. ?Cooked more than the average in hamburgers, fish, steaks and the like. ?It was pretty to boot. ?There is no way in hell a grill should fall apart to this magnitude in 3 years. ?We used it, we didn’t abuse it. ?What’s more, this grill should not be so difficult to take apart. ?This is ridiculous. ?I am so disappointed in Lowes and the makers of Perfect Flame grills. ?Sure, the burners have a 10 year warranty on them (I am laughing so hard at that it hurts), but you have to have a receipt. ?We don’t happen to have ours. ?In defeat we had to give up. 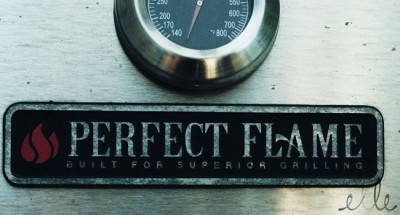 Did I get the burger for dinner that I wanted. ?I sure did. 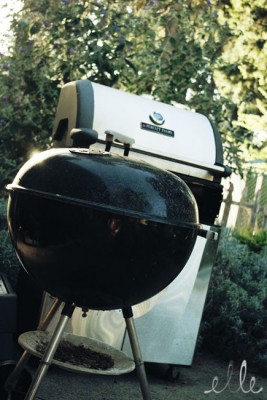 *yes, I linked them. ?I want to know how shitty their product is.

**ours is not the specific model in the recall notice.