When I met with the doctors at Cancer Care Alliance they were in agreement with my treatment plan.  The schedule was surgery first.  Then they’d make the decision about chemo and radiation.  Those depended on wether or not there were cancer cells in the lymph nodes.  The call came down to the family during surgery that there was no cancer in the lymph nodes!

The first step is now done.  Surgery is over and things are looking pretty good.  This was a helluva lot easer than my hysterectomy.  Granted it feels like I have an elephant on my chest and it hurts to breathe in deeply, but I’ll take that over the body distension any day.

The surgery started at roughly noon and lasted about 5 1/2 hours.  I woke up rather disoriented and my blood pressure was pretty low.  They were having a difficult time finding the right drugs to give me.  I was slow to wake up and was in recovery for a while.  I was still slightly disoriented when I got up to my room and the blood pressure was still quite low.  However, I was finally able to start drinking some water and that helped quite a bit.

Overall things are looking good.  Both the surgeons (and large numbers of med students) have been in to see me and are giving me giant thumbs up.  So much so that I get to go home today! 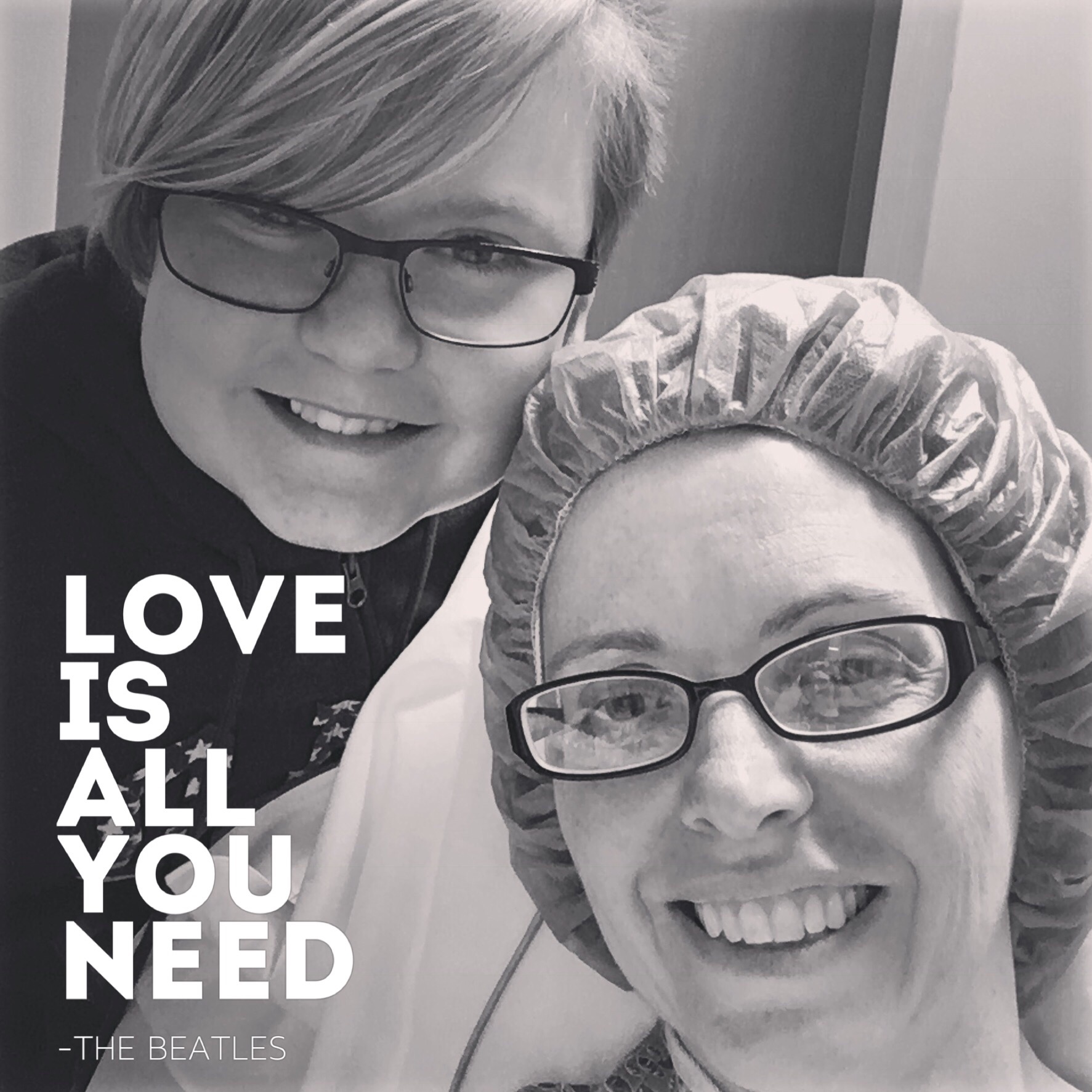 I’ve had lots of comments saying I’m a rockstar.  Yes, I went home less than 24 hours after having a double mastectomy and ate pizza for lunch to boot.  Albeit I ate the pizza while laying in bed.

I am much more comfortable at home in my own bed, but sill in quite a bit of pain.  Imagine you had your boobs cut off and only had the use of tyrannosaurus arms.  That’s me.  All things considered, I’m doing as well as can be expected.

All the parents came to the house this afternoon and it was nice to have company.  It kept my mind off of things.  I’m glad this first part is behind me.  I figure the surgery healing can only get better from here (until the next surgery).

We still don’t know about further treatment and won’t for a few weeks still.  I don’t meet with my medical oncologist until May 17.  It is a high likelihood of needing chemo, but we’ll cross that hurdle when we get to it.

Thank you to everyone for their prayers and kind wishes.  Everyone is calling my phone my security blanket because I won’t let it too far from my side.  All of the wonderful bits of encouragement have kept me going.