When you live in Washington State you will it to snow.? The Pacific Northwest is not known for large quantities of snow.? Hell… people around here can’t even drive when it rains.? Anything but 75 and sunny is a recipe for disasterous driving conditions.? You know how often we get 75 and sunny around here?? Approximately 3 days a year.? As you can imagine prolonged snow and ice cause a good majority of us to be trapped in our homes for fear of the other stupid people who actually think they can drive in it.

In any given year we usually get snow starting at 10:00 p.m. and it is gone by 6:00 a.m.? We sled and have snowball fights in the middle of the night.? Snow is usually an adult thing since most children are sleeping while it is snowing.

If you’ve turned on your TV you may (or may not) have noticed that Seattle has been the victim of a major snowstorm.? Ok, major for us.? As I look out the window I see roughly 4″of snow on my back table and patio.? Only problem, on top of that snow is 1/4″ of ice.? Lovely.

Yesterday I sent the trusty husband out for provisions.? He came back with wood, beer, wine, cookies, cheese, hot dogs and hot dog buns.? That was his idea of preparing for a storm.? The national weather service was predicting 3-8″ of snow and up to 1/2″ of ice and heavy winds.? We were spared the heavy winds so we still have power, but there is snow and ice.? Luckily we have hot dogs so we won’t be resorting to canibalism.? That and we can actually drive a car to get to the store just in case the wine runs out.

So here is a glimpse of our winter wonderland. 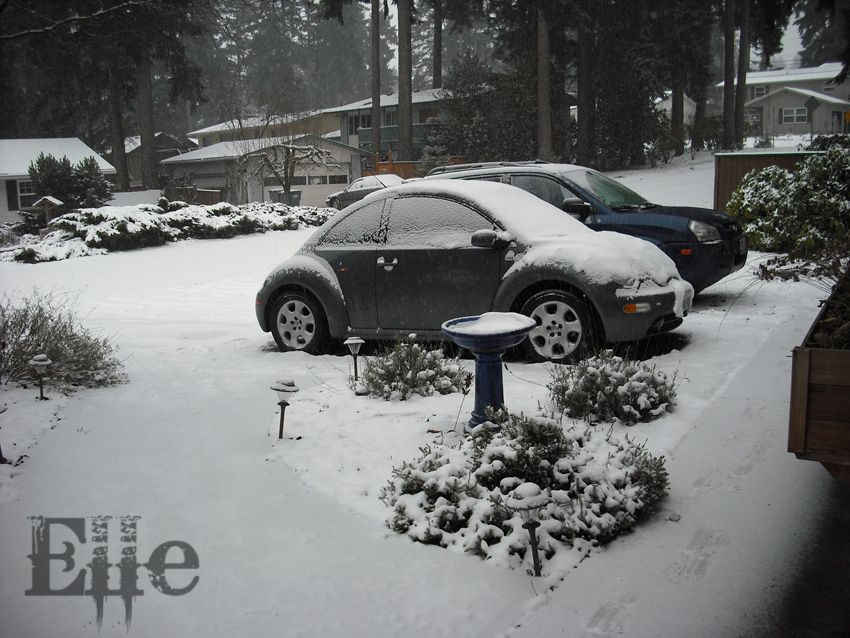 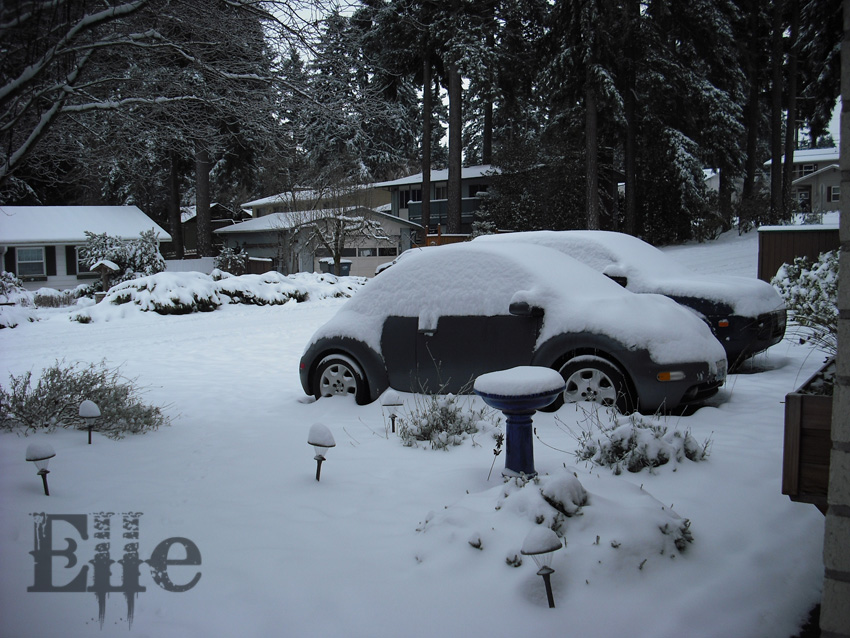 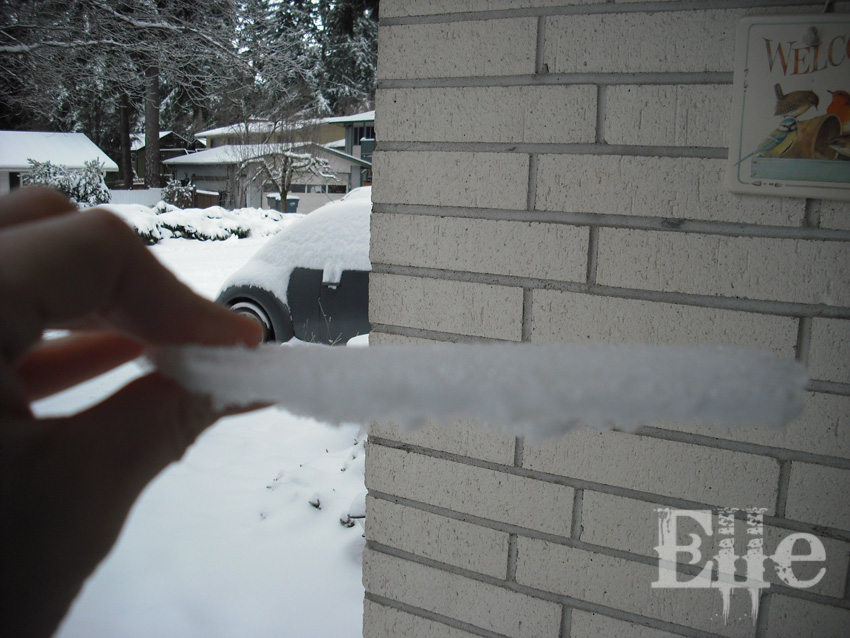 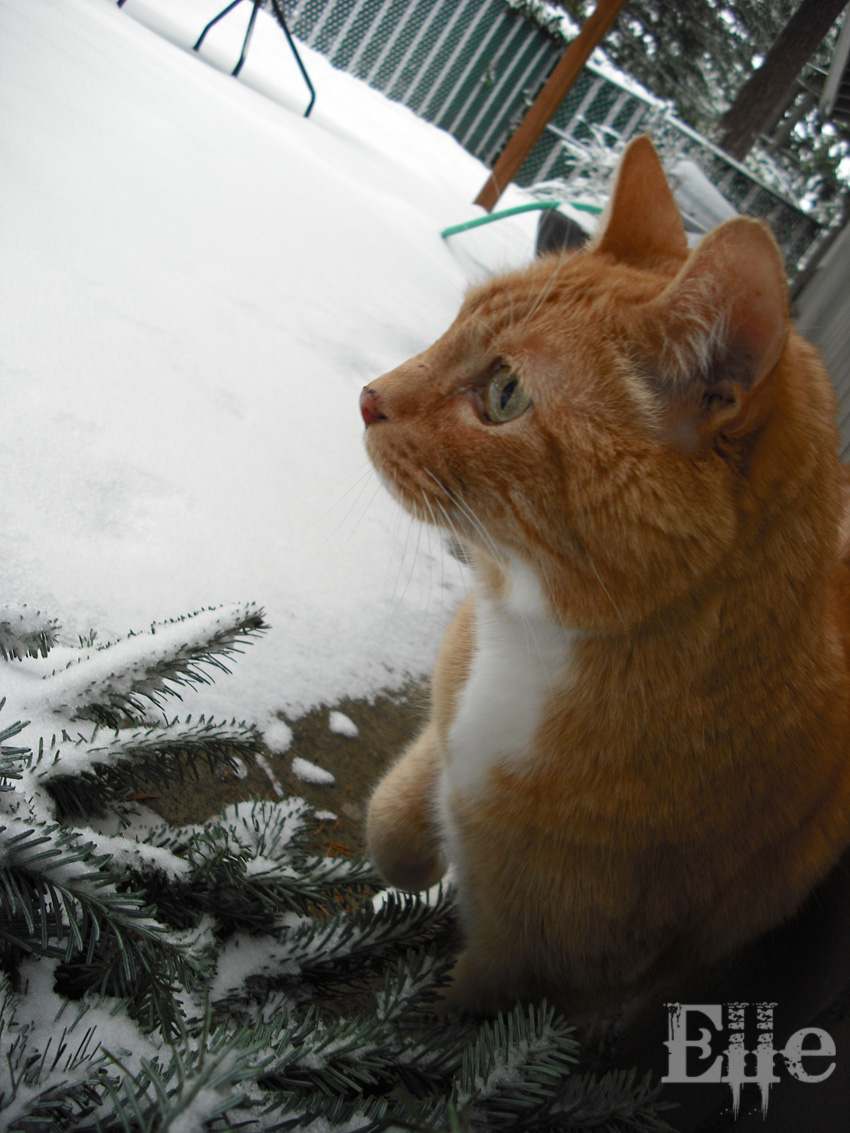 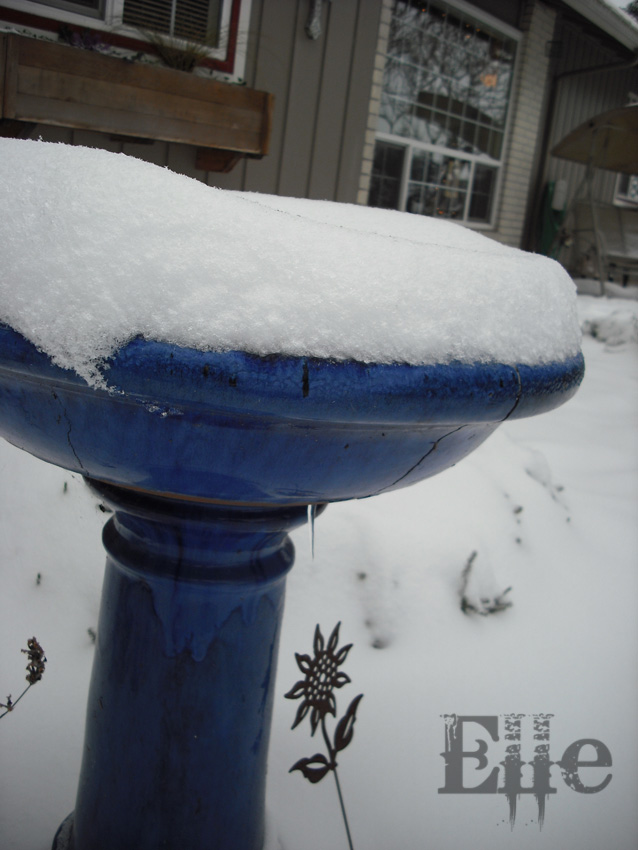 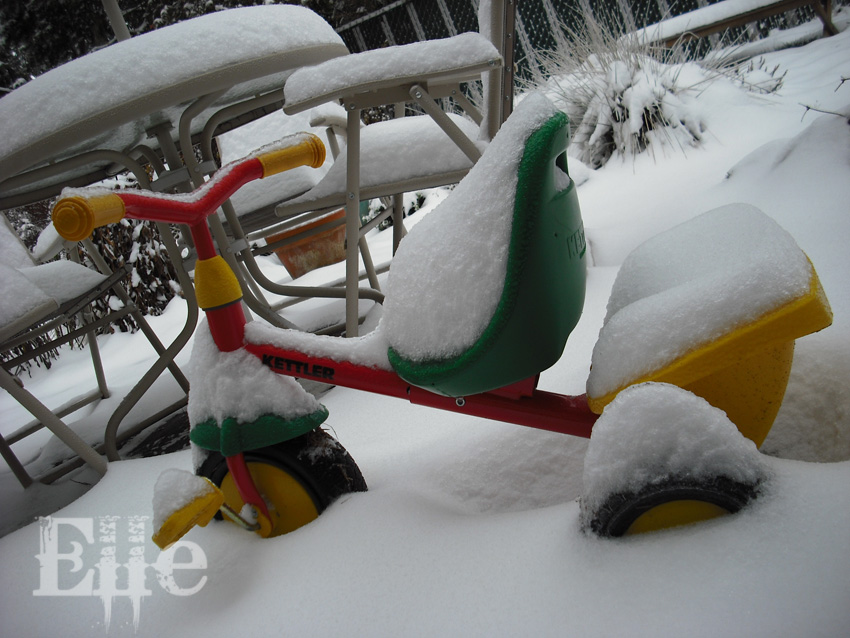