Yesterday I put my baby onto the bus for his last day of Kindergarten.  Oddly I was more emotional about his last day of Kindergarten than his first.  It was a realization that my baby is growing up.  The kid has been through so much in the past year.  He switched from a small private preschool to a new big kid school, Grammy got sick and then died… it’s been a rough year around here.  The good news is he gets to go an have a big kid adventure this weekend.

Two weeks ago we had a small barbecue at our house.  The neighbor walked into the back yard and said, “I’m taking your son to San Diego in two weeks.”  Um ok.  For the record we’ve become very good friends with our neighbor and I trust them completely.  They were incredibly generous and helpful while Derek’s mom was sick.  So sending him to San Diego isn’t a huge deal.  They just can’t break him or lose him.

Anyway, Oleg’s friend, the neighbor girl, turns 6 on Saturday.  She was given an option.  She could have a birthday party at home with friends or they could go somewhere (on an airplane) as a family.  She thought about it and said she wanted to go somewhere… but only if Oleg could go with her.  Thus they are taking my son to San Diego.  I should also go on record to say that the neighbor girl’s mom works for Alaska Air.  They get to fly anywhere for free.

The original plan was to take a super early flight out Saturday morning and be back Saturday night.  However, they couldn’t get everyone on the early flight so they are leaving this afternoon, staying the night and coming back tomorrow night. While they are in San Diego they are going to Sea World.  We were supposed to be going to Sea World in August, but that plan might change now.

It should go without saying that Oleg is slightly nervous about the trip.  It is more of the fact that he doesn’t know every single detail about what is going to happen.  He’s never been to Sea World so he doesn’t know what it looks like, will sound or smell like.  The good news is that the neighbor dad has a knack of making Oleg feel comfortable.  The two of them have a good rapport.

I’m mostly not worried.  Sure, they are taking my baby on an airplane to another state and he gets to go do something super fun without me, but I’m ok really.  Now if you’ll excuse me I see a trip to the liquor store in my future.

I better get this back exactly the same way as I sent it. 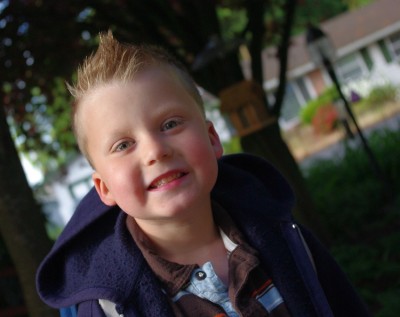