Today I did one of the hardest things I’ve ever done in my life. ?Pretty much second only to losing Alexander. ?I had to make the choice to put my sweet kitty to sleep.

You see… Derek is out of town. ?He won’t be home until tomorrow night and odds were kitty wouldn’t make it that long. ?When I woke up this morning she wasn’t walking, force feeding her wasn’t helping and her face and head started swelling. ?I took her to the vet before work and they said they would look after her. ?Later in the afternoon I spoke with the vet and she said that at this point no amount of diagnostics and treatment were going to help her. ?She was done.

I was able to take time from work to drive back to the vet’s office to say goodbye. ?She was miserable. ?I held her and told her it was going to be ?ok and then the vet allowed me to hold her until she fell asleep. ?They took her away to euthanize her. ?I didn’t want to be there for that. ?I opted for a communal cremation and they dispose of the ashes in Puget Sound, one of my favorite places on Earth.

I left the vet’s office feeling like a weight had been lifted from my shoulders. ?I ran some errands for the store and it just so happened that there was a liquor store in the same strip mall as the two other stores I had to go to. ?I stopped in for a bottle of gin.

My boss is so awesome that he had a drink with me this afternoon. 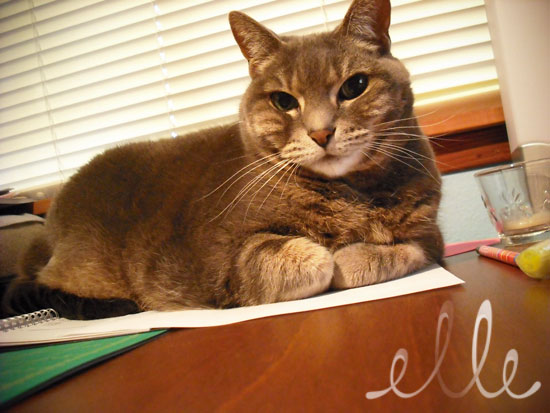