Really I should update you on how my last AC treatment went.  Here’s the short version.  I am currently on a dairy goat farm in Hereford, AZ.

Shameless Plug: If you are ever in the southern Arizona area (think Tombstone) you need to pay a visit to the farm.  It’s called Black Market Marvel.  Katie may or may not have soap that day, but she’ll certainly give you a tour, you can meet the goats and she’ll tell you about their lap pool*.

The chemo was fine.  My mom stayed with me because Derek was out of town.  I was put on a new anti-nausea med that works so much better.  I was able to do things and get out and about during my down days.  I only had one day where life was difficult.

So how did we get to Arizona?  A while ago I was talking to my cousin and on the spur of the moment I said I was going to come visit this summer.  She agreed that it should happen.  With much coordination between my chemo schedule and Derek’s work schedule we found exactly 8 days where we could drive to Hereford and back and spend 3 days with Katie and Juan.  It also included a stop at the Grand Canyon and a night in Las Vegas.  It would be during my “good” week so we made it happen.  The only catch was that we had to get to Hereford in 2 days.

We love a road trip.  We’ve taken many road trips in our time, but only 1 in history compares to this particular road trip.  In September, 2014 we made an epic journey to Kansas City in 2 days**.  This time we were driving to a town 5 minutes from the Mexican border.  We set off at 5:30 a.m. on Friday and drove all the way to Salt Lake City.  It was a long 15 hours in the car with very few stops.  Saturday would prove to be even longer.

Somehow there was a miscommuncation between me and Katie and she thought we were arriving on Sunday.  I said Saturday.  She was panicked that her house was a mess and I told her I didn’t care.  However, we were at such a place that we could make a slight detour and give her a few more hours.  We’d originally intended to be to the farm by 7:00.

The detour was to Bryce Canyon.  We happened to be driving down Highway 89 and Bryce Canyon happened to be 20 miles off the highway.  Derek couldn’t resist the opportunity to show the boy one of our favorite sights.  Besides, it gave Katie a little extra time, right?

Bryce Canyon it is!

We’d visited Bryce when we lived in Las Vegas.  It is truly spectacular and if you are ever in the souther Utah area you must visit.  Seriously! 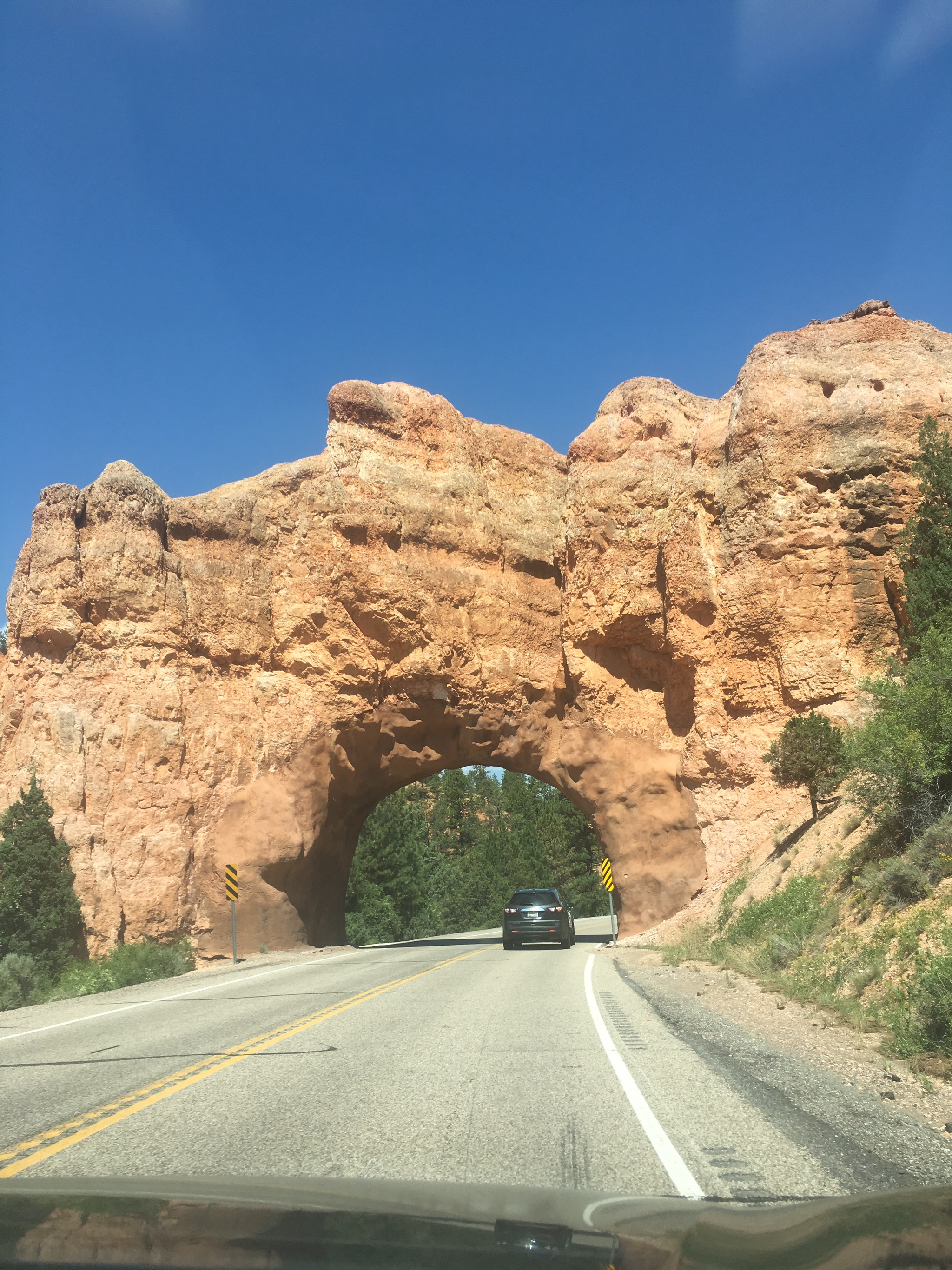 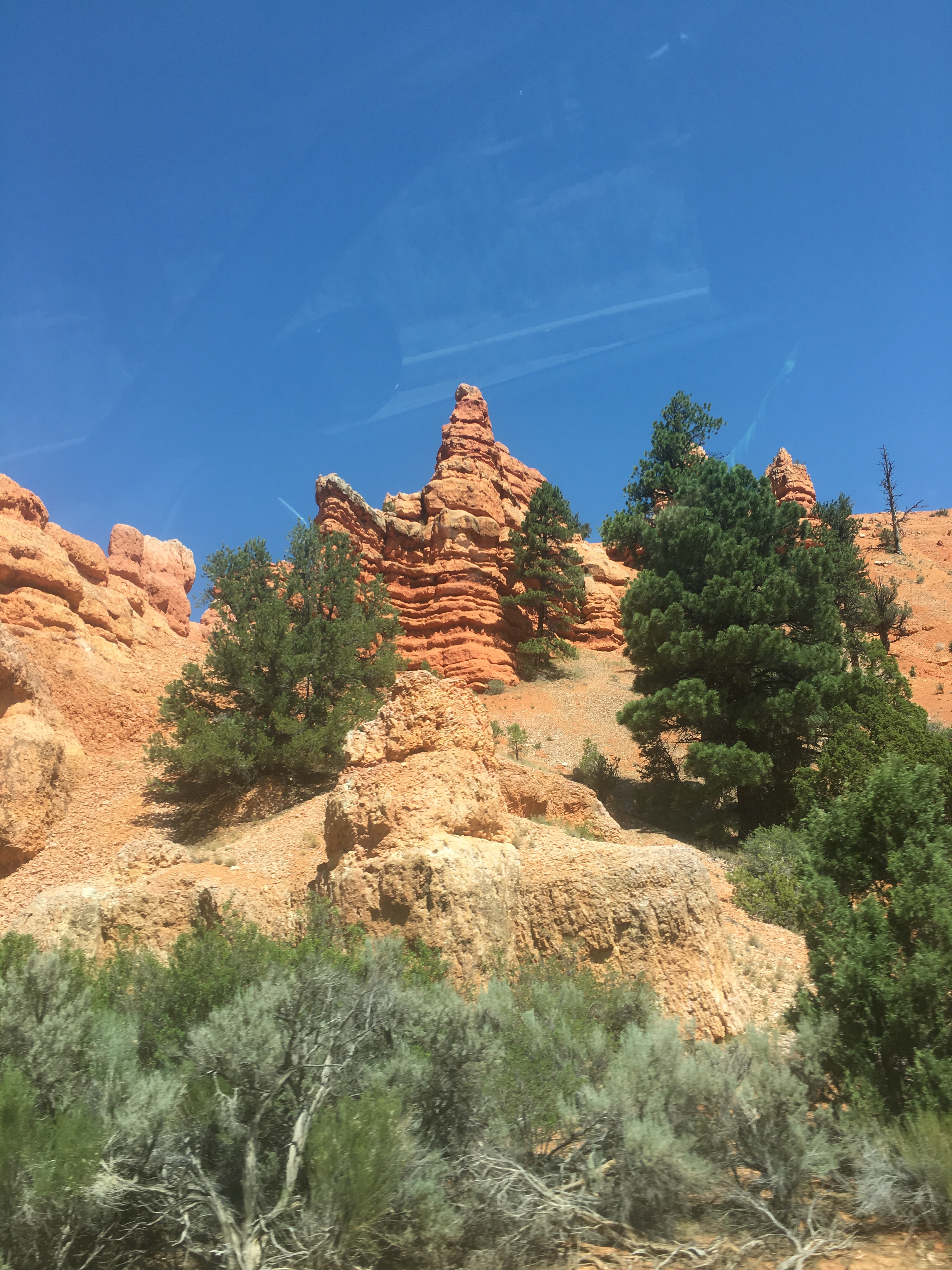 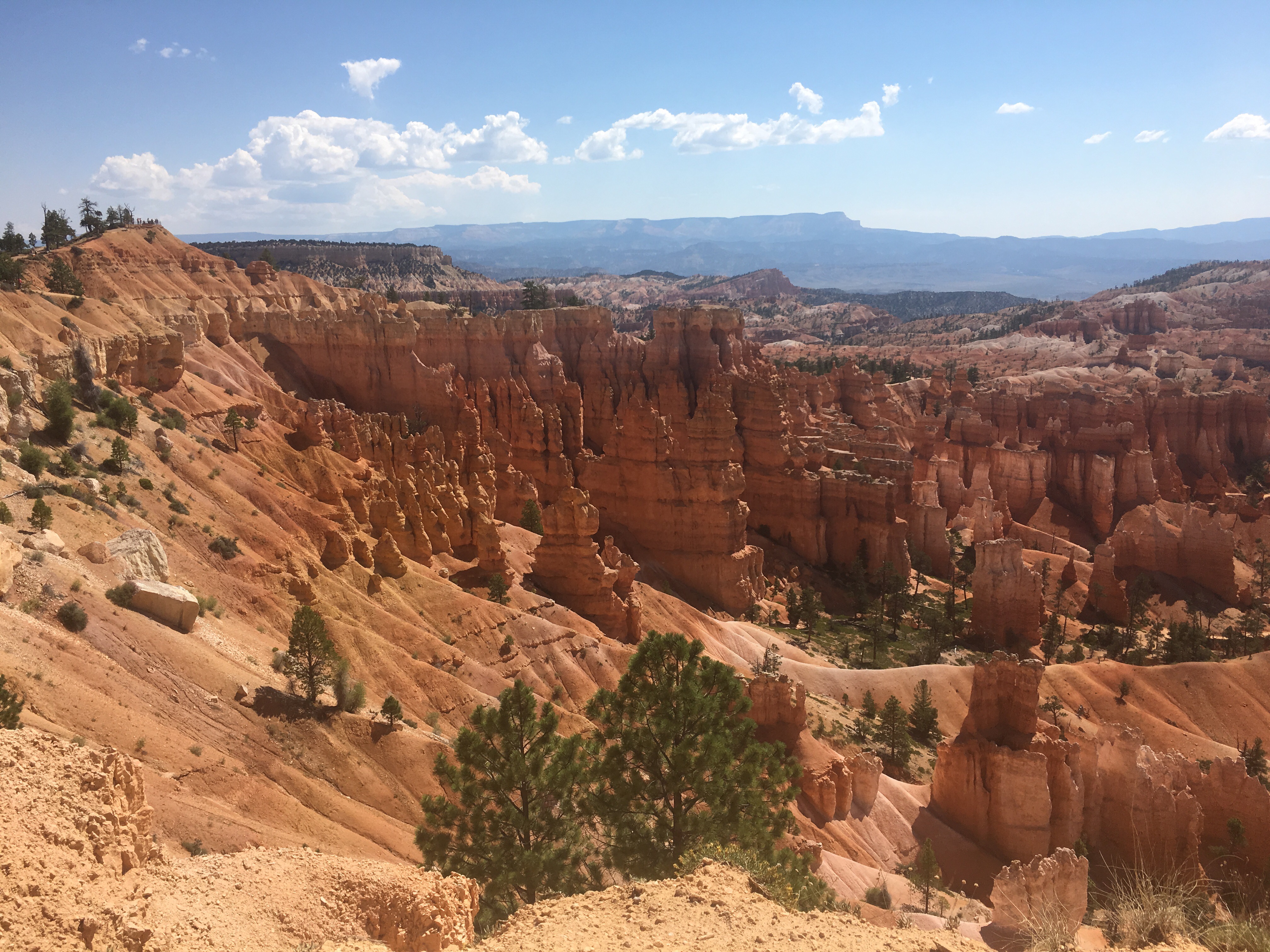 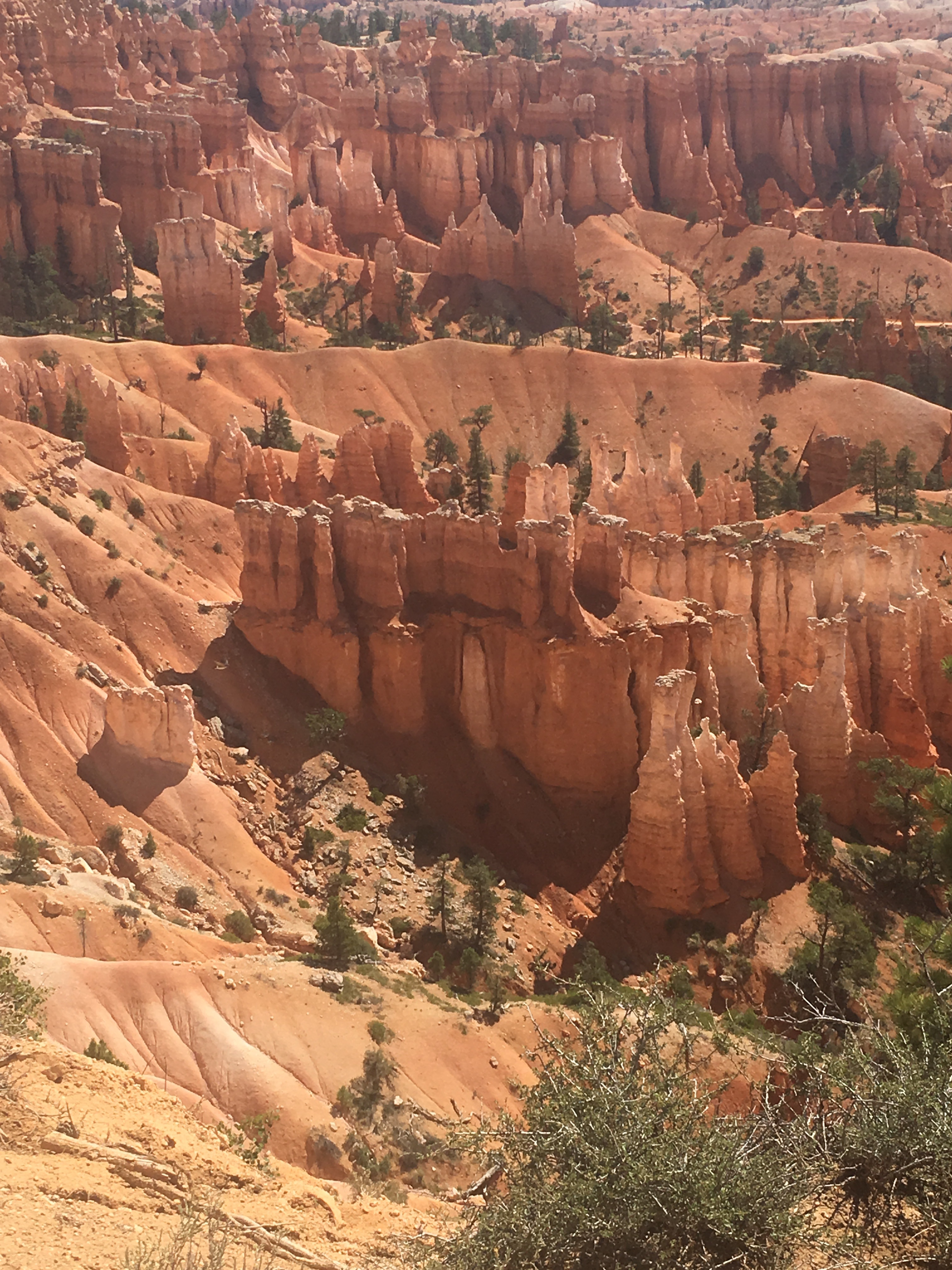 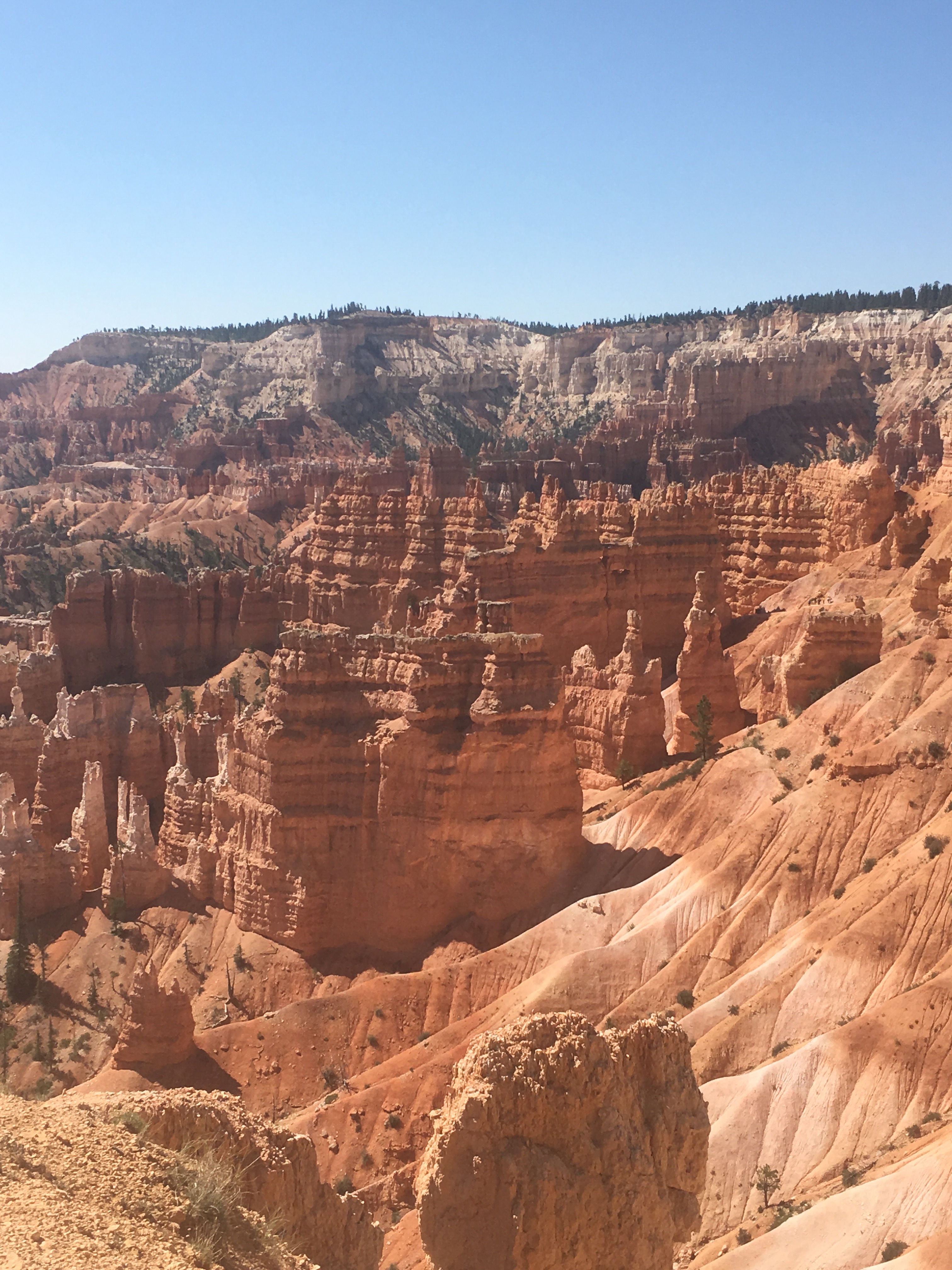 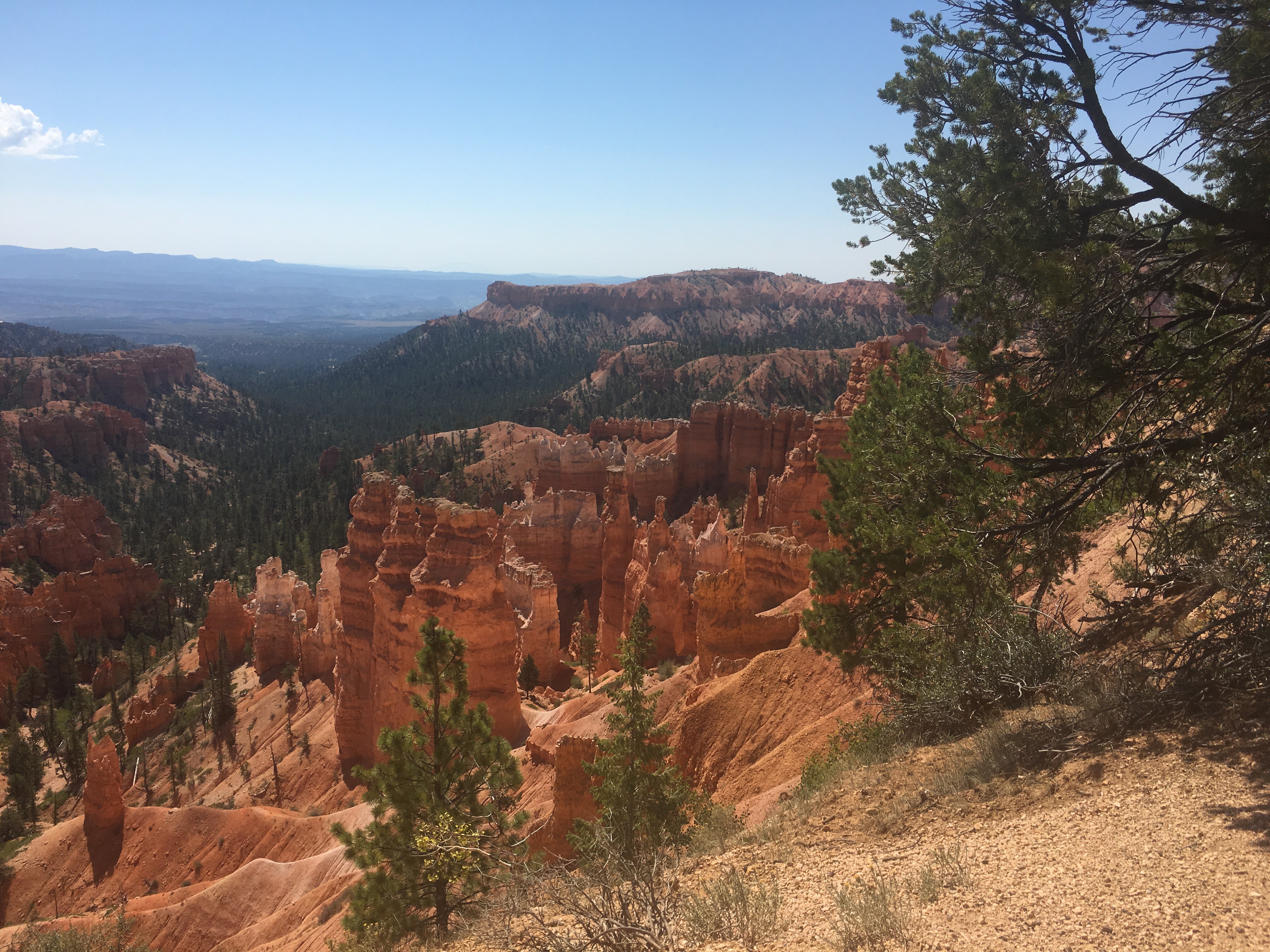 It was very worth the delay even if we didn’t arrive to the farm until 10:30 that night.  A fantastic 16 hours in the car!  When calculating the detour we didn’t factor in slow moving motor homes and trucks.  We also didn’t factor in a rain storm just outside of Tucson that made us pull over to the side of the road.

Once in Hereford we’ve had a lovely time!  I haven’t spent much time with my cousin, Katie, in my life.  She’s 10ish years younger than me and she’s always lived out of state as an adult.  It wasn’t until the past few years that we began communicating and becoming friends.  It was only natural to want to go visit. 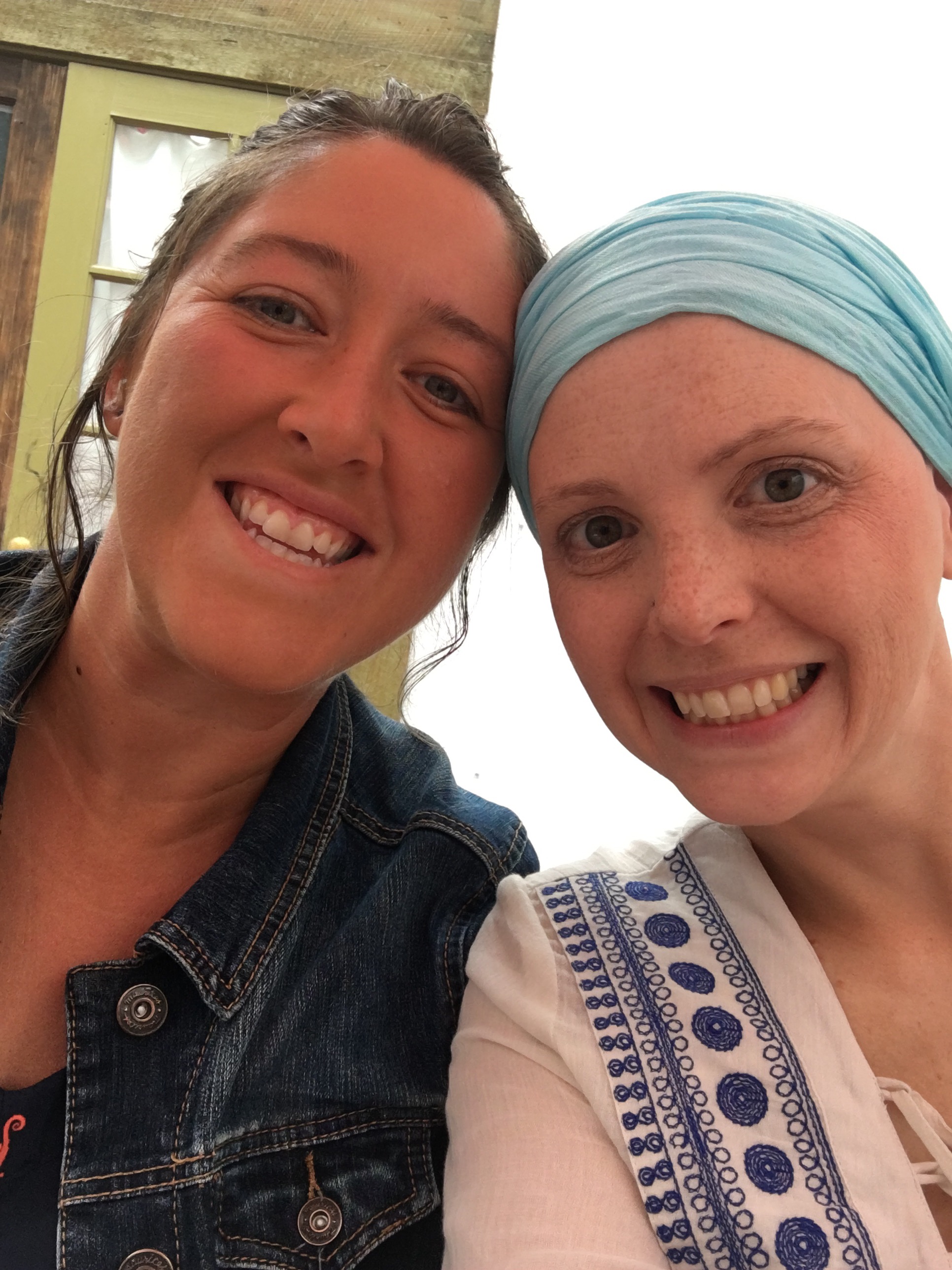 She has the most adorable boys.  The oldest is Oleg’s age and the younger two are four and two.  The youngest, Virgil, is about the cutest stinking thing you’ve ever seen. 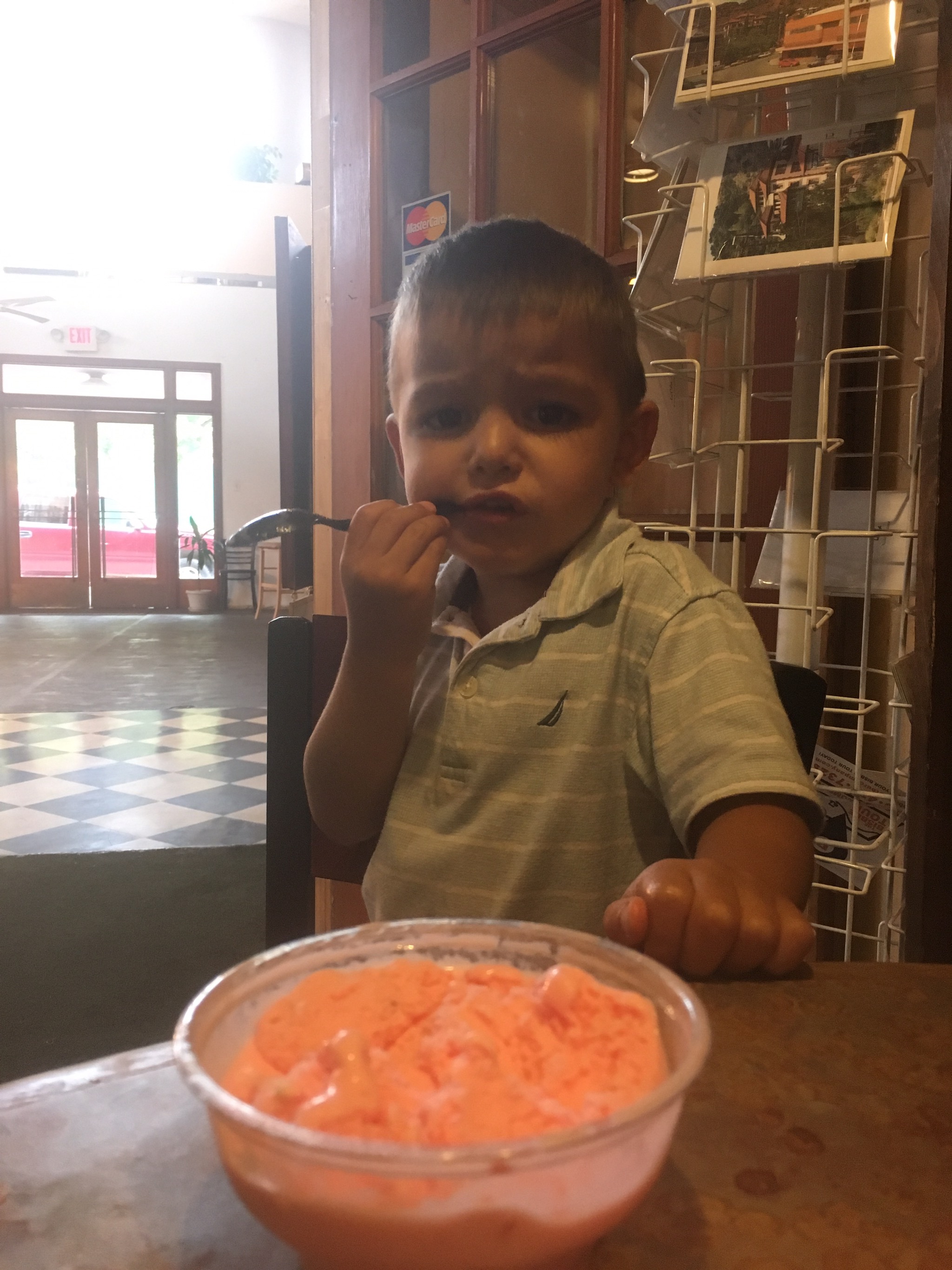 Sunday we took a tour through Bisbee, AZ.  I didn’t take many photos through the town, but I’d suggest if a visit if you’re in the area.  Heck!  I’d suggest a trip there.  It is a cute little town build in a canyon.  The old courthouse there is where the trial of Wyatt Earp took place.  Skip Tombstone and head to Bisbee instead.  In the evening we chatted and had a very nice time.

Monday we took a drive up into the mountains and out to the original homestead in the area.  The terrain and sights are beautiful here.  You’d think of this as “out in the middle of the desert,” but really it’s high desert and gorgeous.  The weather has been perfect with the ocassional monsoon rain rolling through.  Last night’s sunset was marvelous.  Katie taught me how to make goat milk soap and again, we chatted and had a lovely evening. 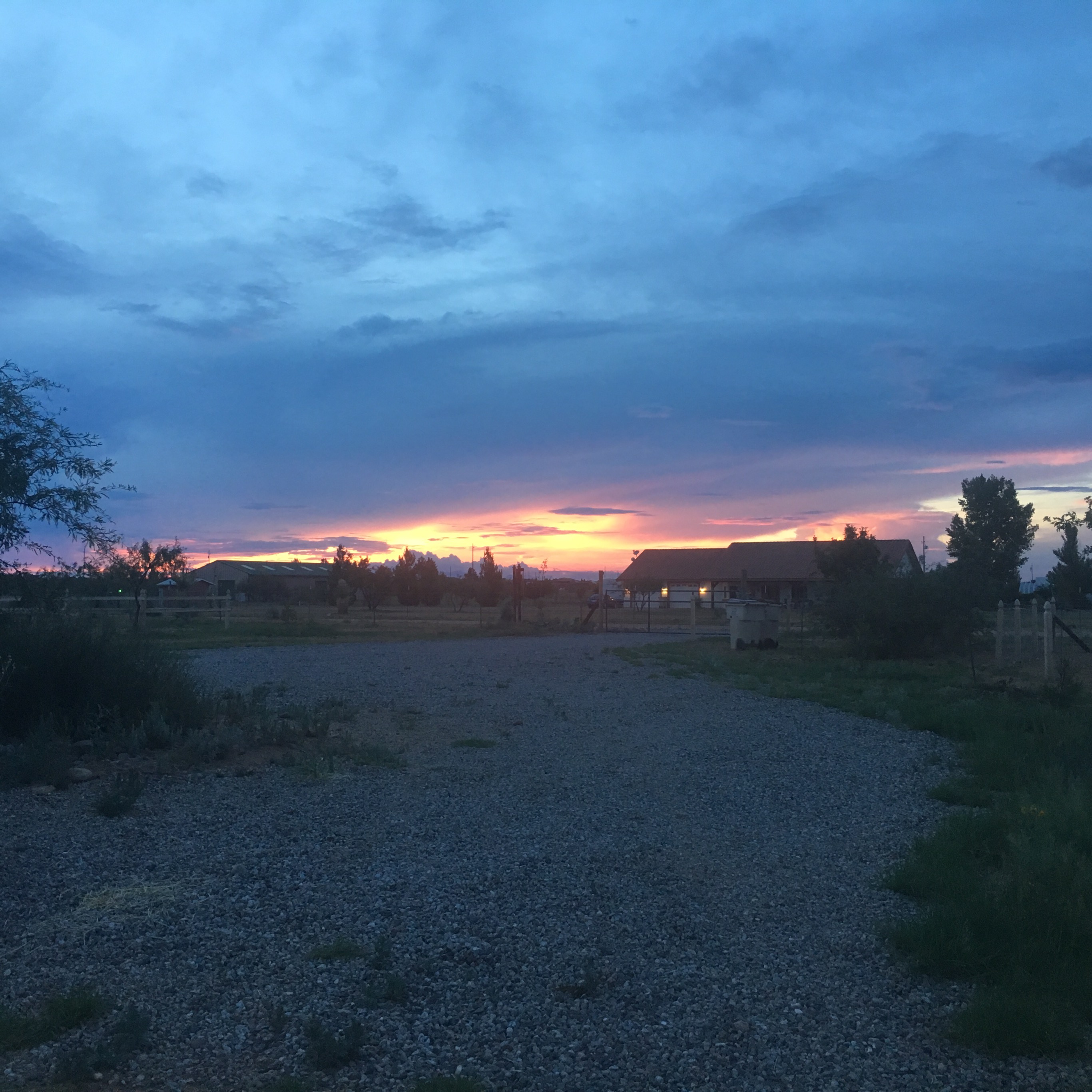 We have another day on the farm today and then we’re headed to Vegas.  All in all this trip has been just the thing I’ve needed.  I needed to get out of the house.  I needed a summer vacation.

*There is no lap pool.  It’s an inside joke.

**There was also that one time that we ended up driving from Monterey to Tacoma, by accident.  That’s a whole different story.