I’m not sure how foster mama Laurie does it, but I have to give her kudos.  She makes taking photos of kittens look effortless.  I assure you it is anything but.

I had a grand plan last week to take photos of the kittens all wrapped up for Christmas.  I had some blue and some pink ribbon that I was going to dress them up in, put them in a box and snap a few images.  Sounds easy, right?  Think again.  In 38 shots I got 2 that were somewhat useable.  Part of that has to do with the lighting in my house.  It is terrible.  My next house will be totally made of windows.  The other issue is that well… they are kittens.

I did manage to get a shot of Truman looking rather Trumany. 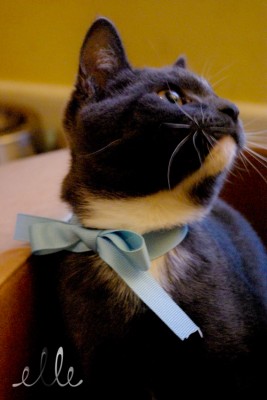 I will have to say that he is deceivingly brutish.  He and Fiona are constantly locked in a battle while their brother looks at them with a look to say, “you two are stupid.”

However, Hammond always has that look on his face which makes him cute and really… who couldn’t love a face like this? 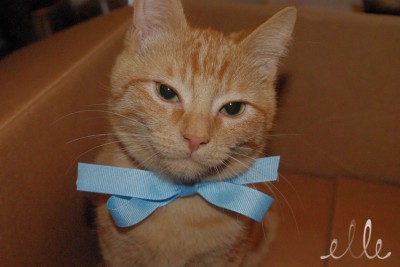 Fi on the other hand… it is next to impossible to photograph this cat.  She moves at lightening speed and quite honestly is either a cat on crack or bi-polar.  One minute she looks like this: 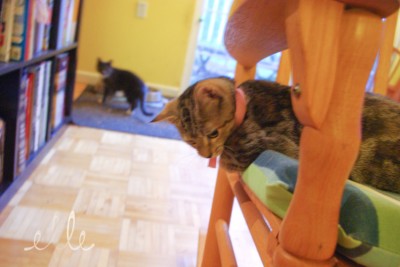 And the next it’s this: 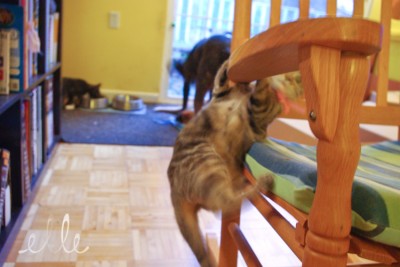 Those two images were taken 22 seconds apart.  She is kamikaze cat that will simultaneously snuggle with you and try to suffocate you.

If you want to see some amazing photos of my babies while they were still babies check out the video that Laurie put together.  I can’t believe how tiny they were.  They are growing up so fast.