Despite the pain early in round #5 things finally evened out so that I could at least enjoy a little bit of life.

Last Tuesday I played the part of a parent and took the boy to a doctor’s appointment.  Rather I should say that I attempted to take the boy to said appointment.  The all mighty keeper of the calendar told me the child had an appointment at 10:15 on Tuesday.  I had a physical therapy appointment at 1:00 so appointment, lunch appointment and we’d be good!  Only we showed up to the pediatrician’s office to be told that the appointment was on Wednesday.  Fun times.  Fun toll bridge times.

Since we had time and I wasn’t going to drive across the toll bridge multiple times in a day I decided that we would play tourist in our city.  We headed to Pike Place Market.  For the record, the market is completely overwhelming in December.  Now imagine a sunny afternoon in July when a cruise ship is in port.  The only saving grace was it was a Tuesday.  I should also mention that this was day 9 in a chemo cycle; probably not the best time to be pushing my way through a market full of tourists just off a cruise ship. However, I love Pike and I couldn’t pass up the opportunity to stroll through with my favorite 12 year old.

We laughed at tourists.  We smelled soaps.  We watched the ferries come in and go out.  We ate Dim Sum (no. Not gluten free.  Don’t give a shit).  We had a great afternoon. 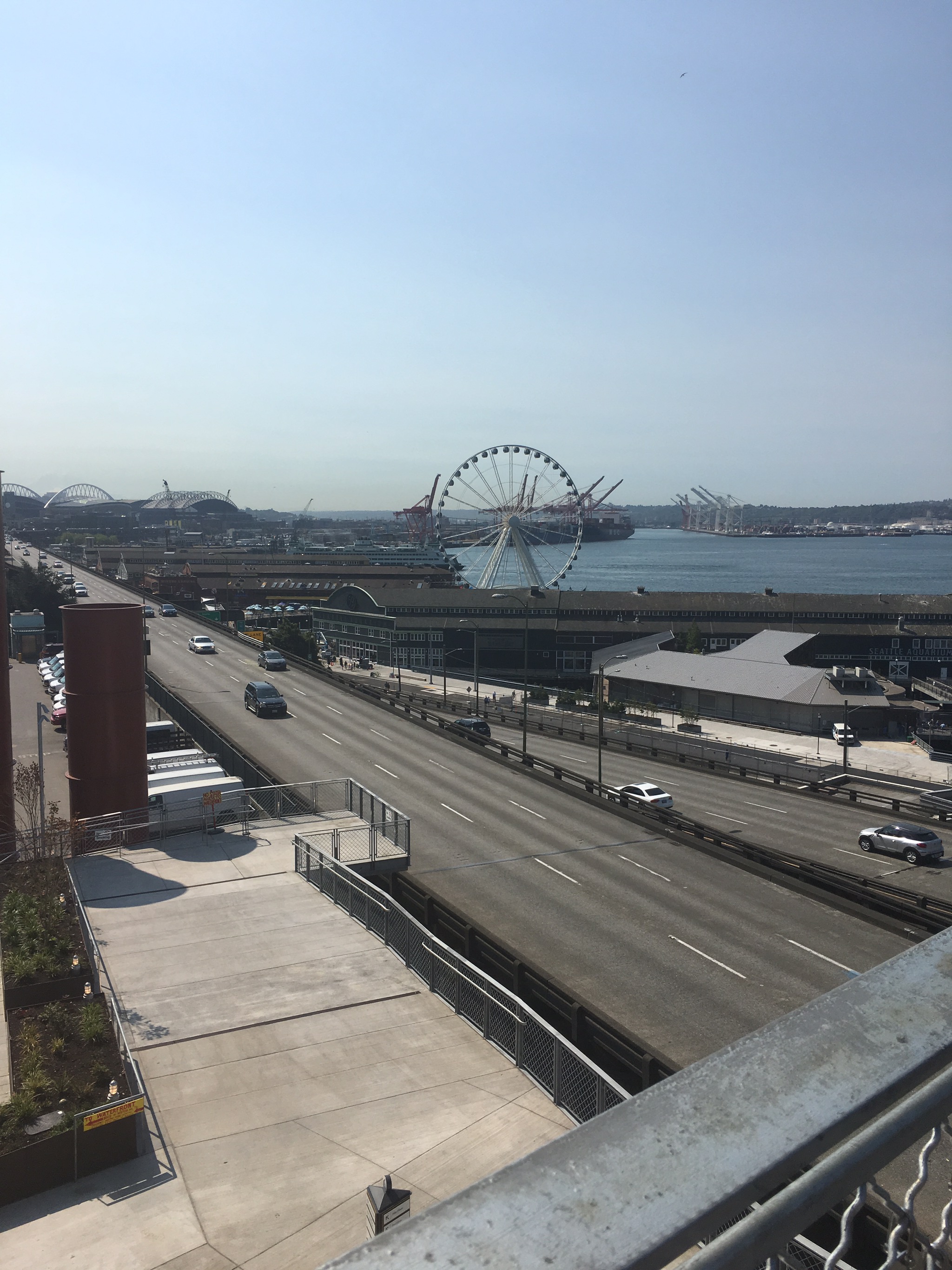 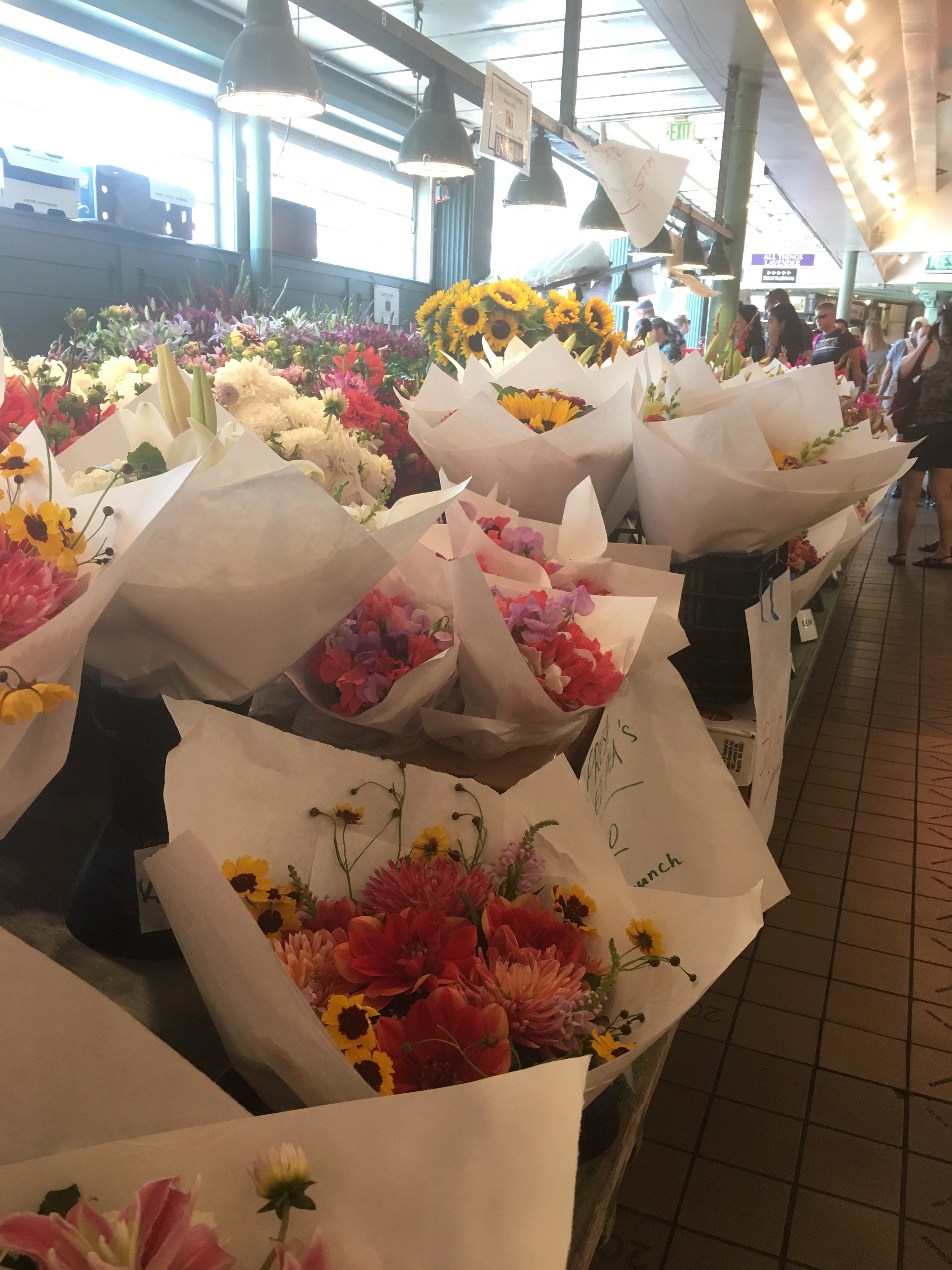 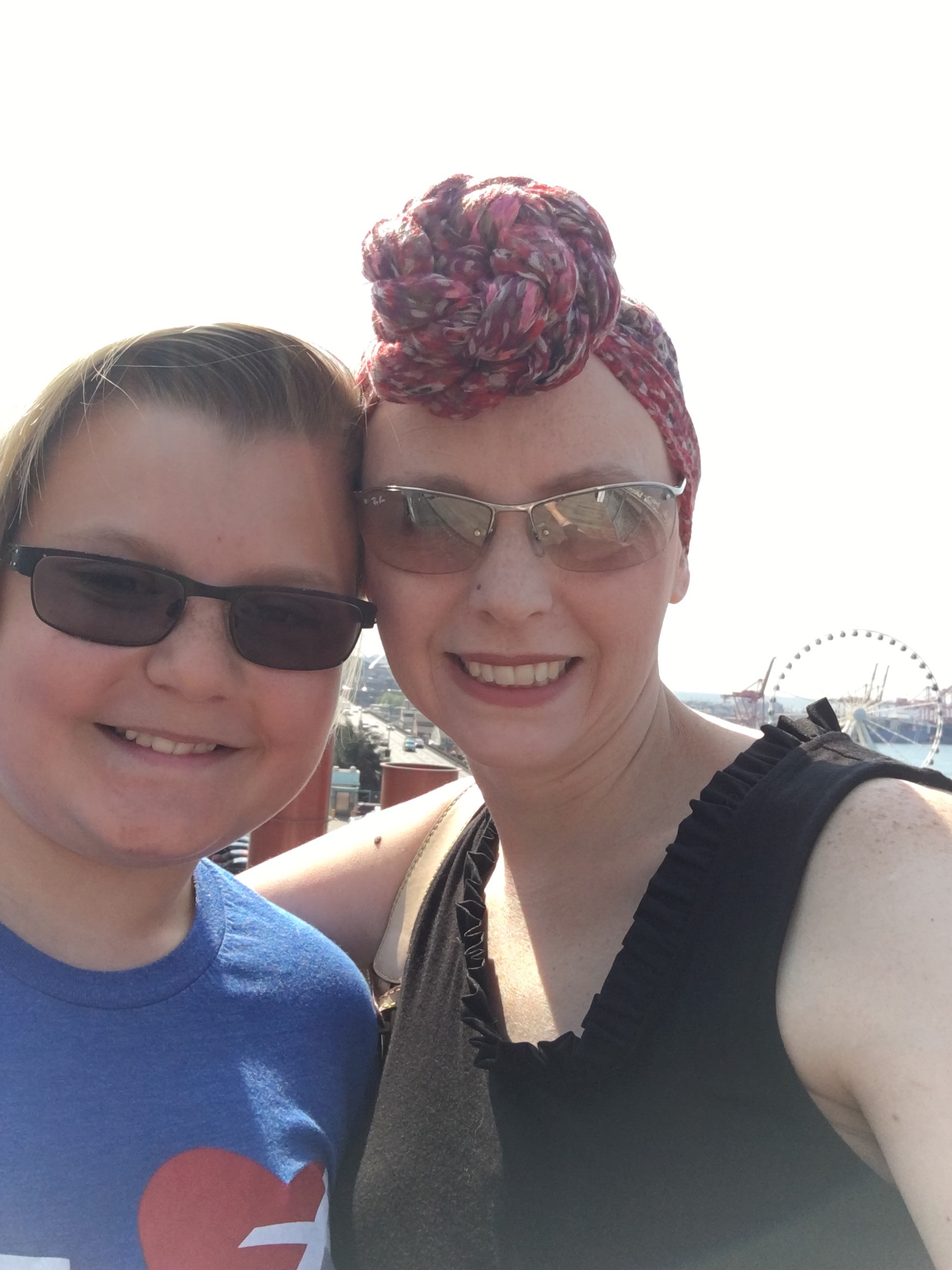 Later in the week I did a little “gardening.”  I survived the heat and coasted my way to Saturday.

I woke up Saturday morning feeling ok.  I thought I would be able to walk in confident and say, “hook me up, let’s get this show on the road!”  Not so much.  About 30 minutes before we were to leave I started to panic.  1/2 an Ativan later I was a little more calm, but not looking forward to way lay ahead.

Bloodwork came back thumbs up so we were a go.  This week’s nurse was lovely and sweet.  She took very good care of me.  The infusion went smoothly.  Derek and I spent part of the time watching The Great British Baking Show and dozing on and off.  Before we knew it it was time to go home.  I was up to a few errands so we stopped by my school for watering and then ran down to Tukwilla to look at fabric for family room drapes.

I’m now on day 3 and the pain is starting to set in a bit.  I’m having trouble sleeping so I’m sure a nap is in order this afternoon.  I’m trying to stay on top of the pain this time.  The CBD tincture I tried last time is helping.  I also picked up a Meadowsweet herb to try as a tea.  I’m damn determined to get up and down the stairs with no problems this time.