I think I should just post more photos. ?Or participate in photo challenges more often. ?Then you’ll comment right? ?Thanks for the compliments on the flower photos. ?That is something that comes very easy to me. ?Taking photos of people, not so much. ?One such person I’ve tried to photograph is myself. ?I have to say one does not always get the most flattering photos of themselves.

I wanted to do justice to my new haircut and the only way to do that is outside. ?Taking photos in the bathroom mirror is one thing, but a photo outside with nothing? ?Ha! ?It just so happens that my little house came with a giant mirror sitting in the shed. ?Not knowing what to do with a giant mirror I put it behind the potting bench in said shed and promptly forgot about it until today. ?My garden is pretty enough so I set up the mirror in the garden and tried taking photos of myself. ?The first ones didn’t turn out that great, but after a while and a few hundred shots of the child to test it out I got the hang of it.

So just for a refresher here’s what my nappy hair looked like before. 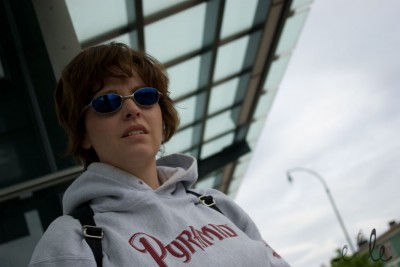 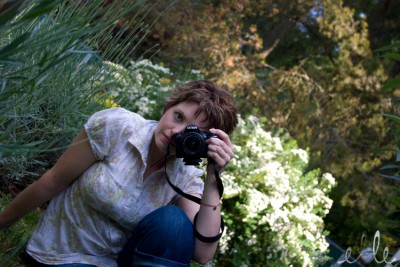 I did go back to the lady who has cut my hair for years. ?I’m so glad I did. ?It took her 2 hours to complete the whole thing and in the end I only paid $75. ?I took all 4 of the photos I let you guys vote on and basically they were all the same cut just styled a little different in each. ?As far as color goes, we thought about Jens’ suggestion of strawberry blonde, but when holding up the color sample to my face it made me look very yellow. ?My skin has a yellow cast to begin with. ?Instead we settled on keeping it what is essentially my natural color and adding low (burgundy) and hi (gold and blonde) lights in it. ?Right now the burgundy is very purple, but will fade to more of an orangish cast (not in a babushka way though).

I have to say I love it. ?It has been many years since I’ve had my hair this short. ?In fact, I’ve had it shorter. ?I’m not sure what it is, but having my hair this short is rather freeing. ?The whole rest of the day I felt like a load had been lifted off of my shoulders. ?It’s silly to think that hair can do such a thing, but for me having a little bit of a funky off the wall hair cut is very much me. ?A part of me that has been missing for a very long time. ?I haven’t smiled like this in… well, since the Russians stole my soul. 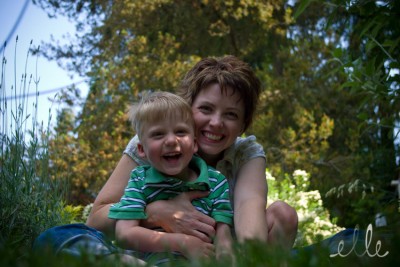